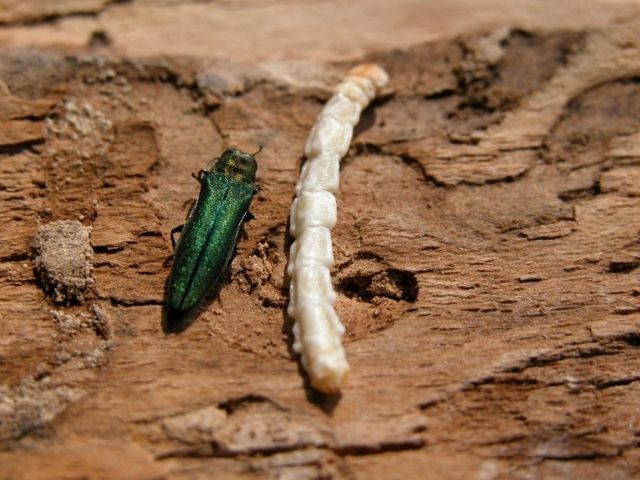 Emerald ash borer damage can also be seen where there are thinning crowns, branch dieback, cracking bark and “D” shaped exit holes as well as yellowing or stunted foliage. Early detection is crucial if the specimen is to be preserved. Where preservation is not an option early removal is encouraged. 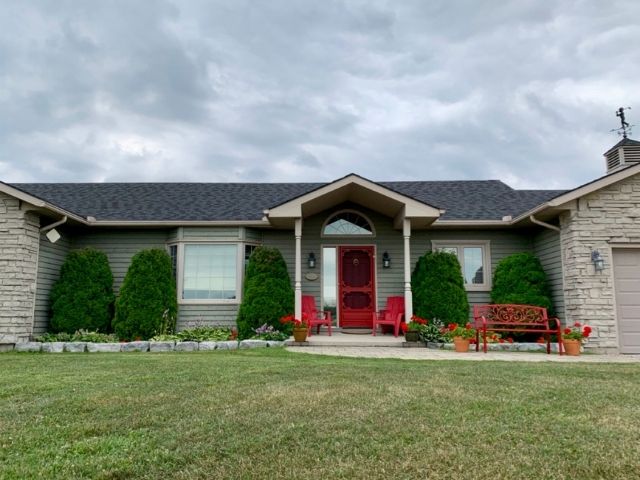 These Emerald green cedars were growing into the soffit and beginning to cause damage. Emerald cedars are often planted close to structures, they remain relatively small and have a pleasing pyramidal form. As with many trees planted near buildings, without regular maintenance they can become too large for their area and will require pruning. These Emerald cedars were pruned for height reduction using naturalized pruning techniques so that they are no longer interfering with the structure and retain the undulating appearance that gives them the natural form that many prefer. 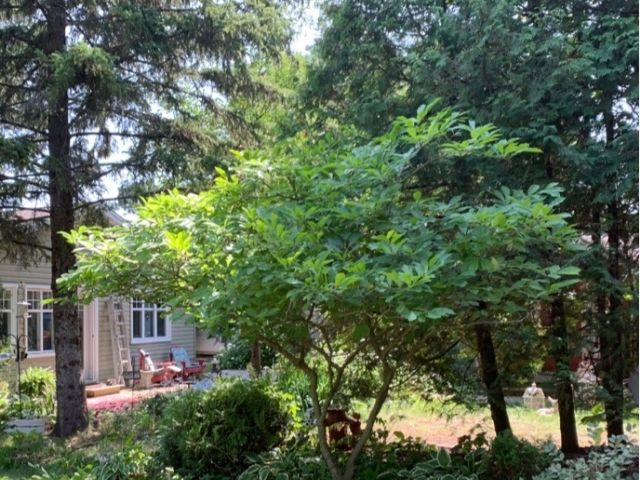 This Magnolia tree is in excellent health but it had never been pruned before. Some limbs were carrying too much weight and were becoming a potential failure point. The clients wanted to reduce the height and improve the overall appearance. This specimen will require another phase of pruning to achieve the ideal form. After we reduced the height and dealt with the structural issues we pruned back the Cedars that were competing for sunlight, which will allow the holes in the Magnolia canopy to fill out so that we can achieve a more symmetrical form following the next round of pruning. 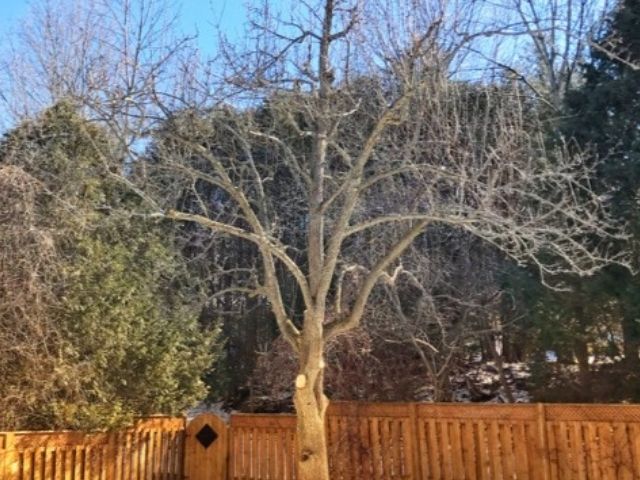 This Pear tree had significant dieback. All the deadwood was pruned out before beginning structural and formative care. Limbs with poor attachments were reduced to minimize failure potential and reductions were made to limbs that would be likely to continue dying back in the near future. This is done so that the tree does not need to expend energy compartmentalizing failing branches and twigs but rather puts the energy into reinvigorating the preferable branching structure that remains. Further pruning is one to balance the canopy and provide a more pleasing aesthetic. 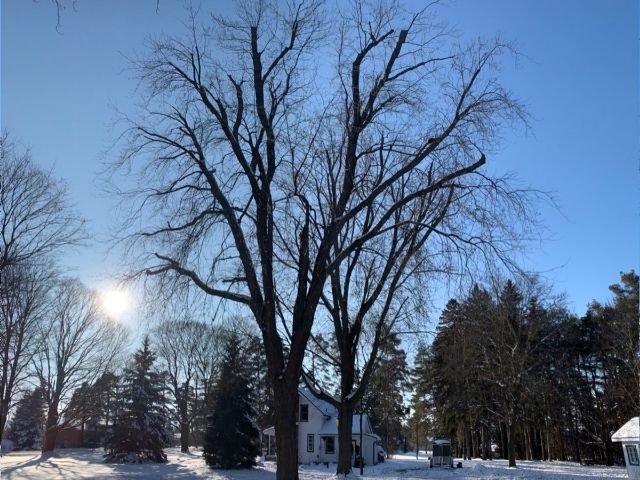 Silver maple is a large tree species that can reach sizes in excess of 80′ tall and 50′ wide. Their growth habit is to form multiple stems with long sprawling limbs that reach up and out from the main trunk. Silver maple is known to form tight branching unions that can be predisposed to failure. Structural pruning as well as distal reductions to reduce weight and elemental dynamic movements of these limbs significantly reduces the likelihood of failure. This specific Silver maple, overhanging the laneway and parking area, was pruned for distal and structural reductions to lessen the potential for damage to the tree and the surrounding property. The result is a better balanced tree with a more pleasing aesthetic and a reduced potential for limb failure. 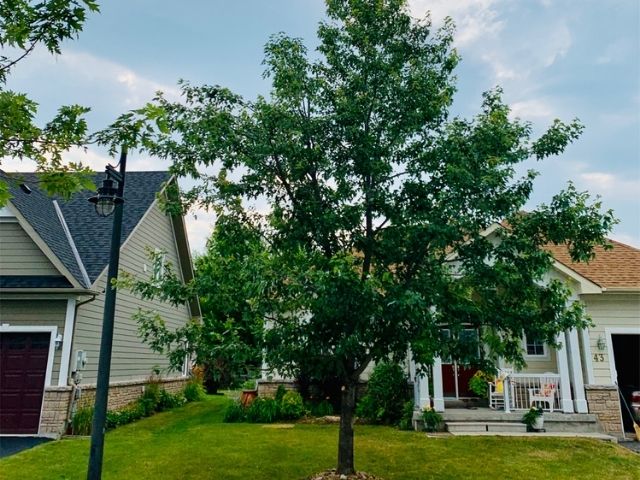 This rapidly growing species is prone to develop tight, undesirable included bark unions. The inability for the tree to grow enough reactive tissue inside the union leaves a structural weakness. Co dominant stems should be reduced (if removing them entirely is a poor option) to reduce the potential for failure. This Freeman maple received reduction pruning to reduce just such a stem. 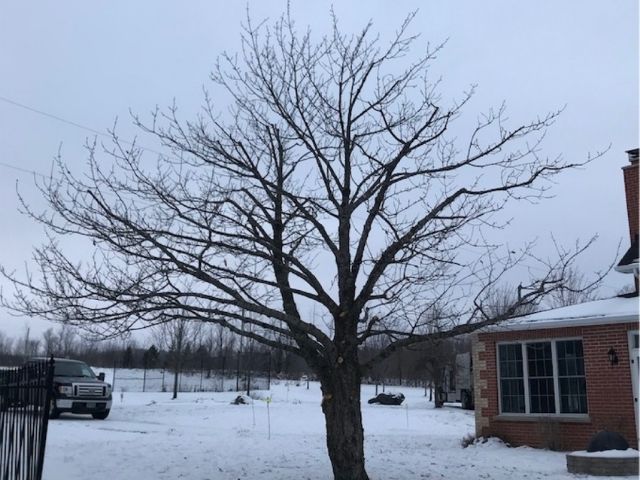 This Cherry tree was pruned to improve the form and remove deadwood. 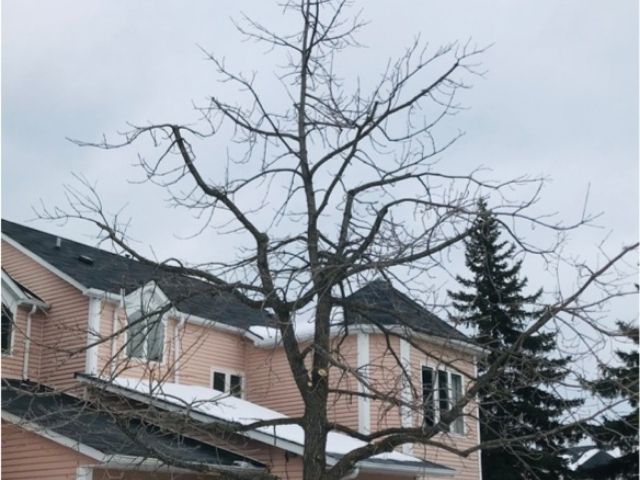 Formative pruning is important during a trees juvenile years to ensure that the specimen reaches its species potential. 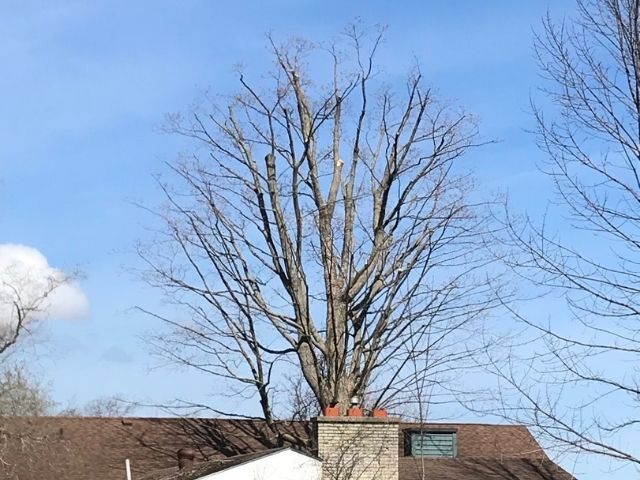 This mature Sugar maple was pruned for retrenchment to encourage proximal growth as well as structural reductions and form. 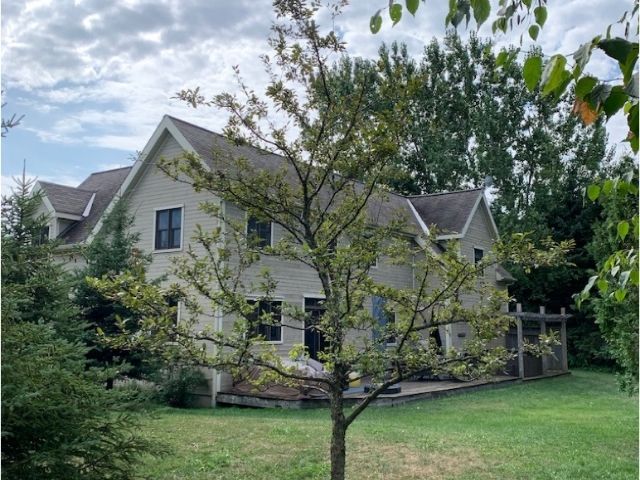 Ornamental trees such as this Crabapple, which has become overgrown, can become unappealing rather than serving their intended purpose of improving the landscape. This tree was pruned to have a cleaner appearance as well as for structural reductions to reduce the likelihood of branch failure. The change in appearance with this specimen is quite remarkable.